Starting October 2022 New Energy TV will travel through Europe – country by country – to video-record the best recommendations for ‘how to survive the winter’, in short videos and publish them on social media.

Yesterday, exactly one month after we started this action, the promised money has been delivered to the commander of the Medical Bataljon, Yana Zinkevych. She – in the compound – could open the sealed envelope, confirm the 10k€ and give an extended video interview, which will soon be published here.

The commander, who is also a member of the Ukrainian parliament, showed her gratitude to all the donators and commented on the mission of her group.

What a privilege to represent all those who supported this and to show a bit of our solidarity with the Ukrainian people.

Last weekend we managed to almost reach the target amount of 10k€. With some extra help of a sponsor (who guaranteed for the missing part) we are now able to jump on the many trains and buses to Kyiv and beyond. A BIG THANK YOU ALL !!!

This campaign is under the auspices of my accountant Dirk Koster. Firstly we will visit him this Monday afternoon for the official money counting. Dirk will seal the enveloppe – all video captured – and once in Ukraine we will ask the commander of the Medical Battalion Yana Zinkevych (pictured) to unseal the enveloppe and recount the content. Again all video recorded.

Why we deliver this in cash? The doctors seem to prefer this, because it’s more secure. On the battle grounds of eastern Ukraine the bank infrastructure has been hit as well. 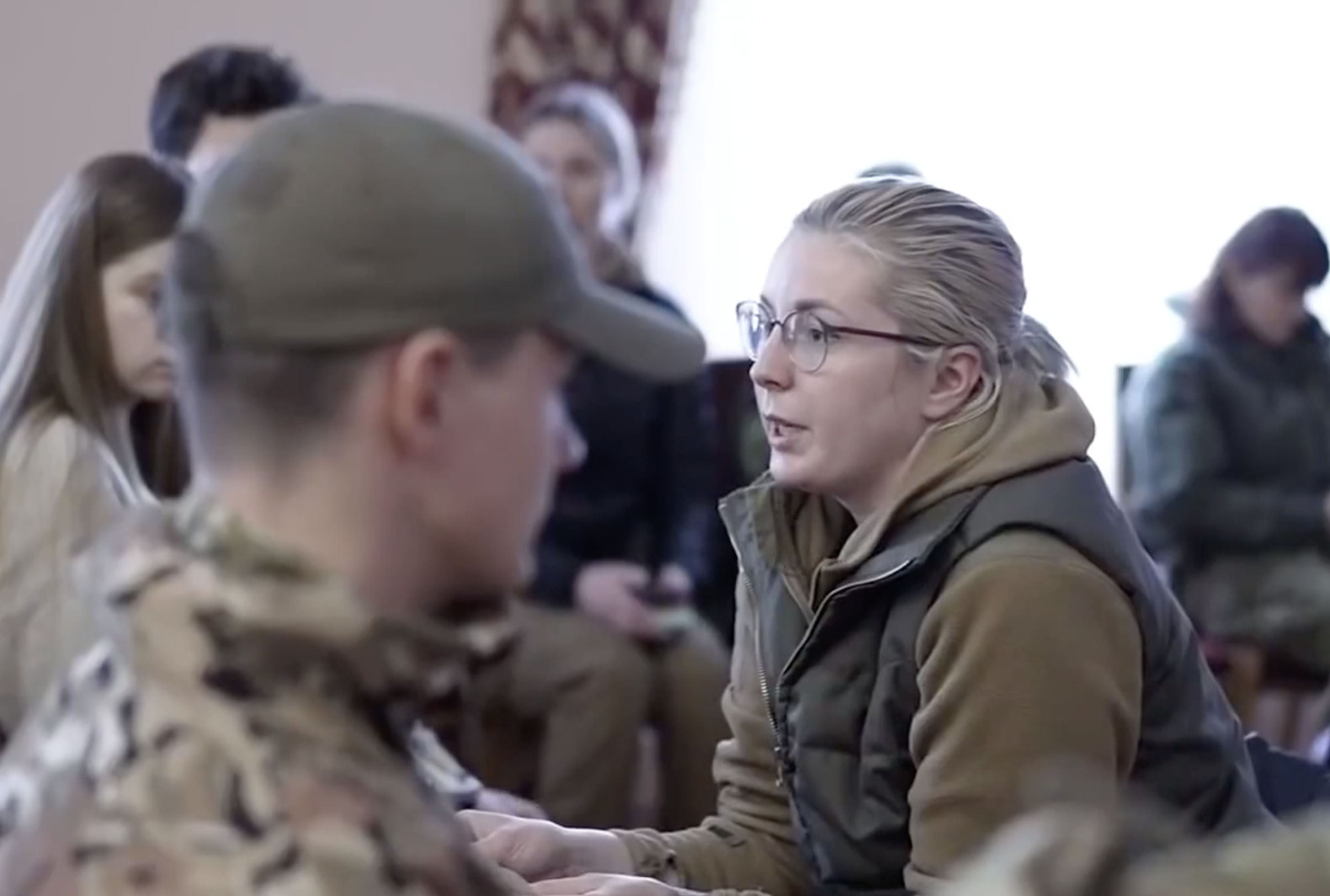 CAMPAIGN FOR THE MEDICAL BATTALION IN UKRAINE

More or less accidentally I had ended up in a barracks of the Ukrainian volunteer army, somewhere in the vicinity of Kyiv. A lift from Lviv to the capital with a doctor from the medical battalion had taken me there. Because almost no hotel was open in that first week of April, I was offered a place to sleep in the compound. Unique of course, but what could I do here? Filming is strictly prohibited, as was sharing your location.

On the way over a partly closed highway we had seen many dozens of destroyed and burnt out vehicles, such as tanks, trucks and passenger cars. But also ruined buildings along the road and fallen trees. You could still smell the war.

Now I turned out to be some kind of lost foreigner among the armed and unarmed civilian soldiers in a dormitory of the medical battalion. These people do good work behind the lines, such as treating the wounded, relieving civilians, or even freeing abandoned pets. They show me a video of a nationally known singer, see video, who had been injured in the face a week earlier. He was treated and nursed by these doctors.

The next morning, I’m already a bit settled, I watch the commander of the medical battalion go through the day’s tasks. A woman of under 30, she is already a wheelchair veteran and a member of the national parliament. And there is also Roel, a Dutch doctor in his early 30s and involved in the defense of Ukraine as a volunteer. I had already spotted him because of his light Dutch accent. He is ready to hit the road again that day and take some serious risks. Why? “You follow your intuition, because this is what it’s all about, defending our values.”

When I – some days later in Kyiv – ask him if I can be of any further help, there is an SMS silence for a while. But two weeks later my fellow Dutchman answers with a summary of some medical products his group needs at the moment. And suddenly it dawns on me that maybe I ended up in this unexpected episode for a reason.

Will you join us to do our best for these unpaid, brave medical fighters, so close to the front in Ukraine? They will greatly appreciate it. Below you will find how you can contribute. The aim is to hand over to the commander as soon as possible ten thousand Euro in US dollars for the resources listed below. We will of course keep you informed. Please forward this message, thanks!

Putin’s war on Ukraine shows the European Union must embrace renewables and ditch fossil fuels to reach energy independence as soon as possible. Let’s debate on how we can make Europe stronger, safer and more energy autonomous.

Would you like to be part of this journey? Do you have a message for Europe? Send us your video – info@newenergyforeurope.com. 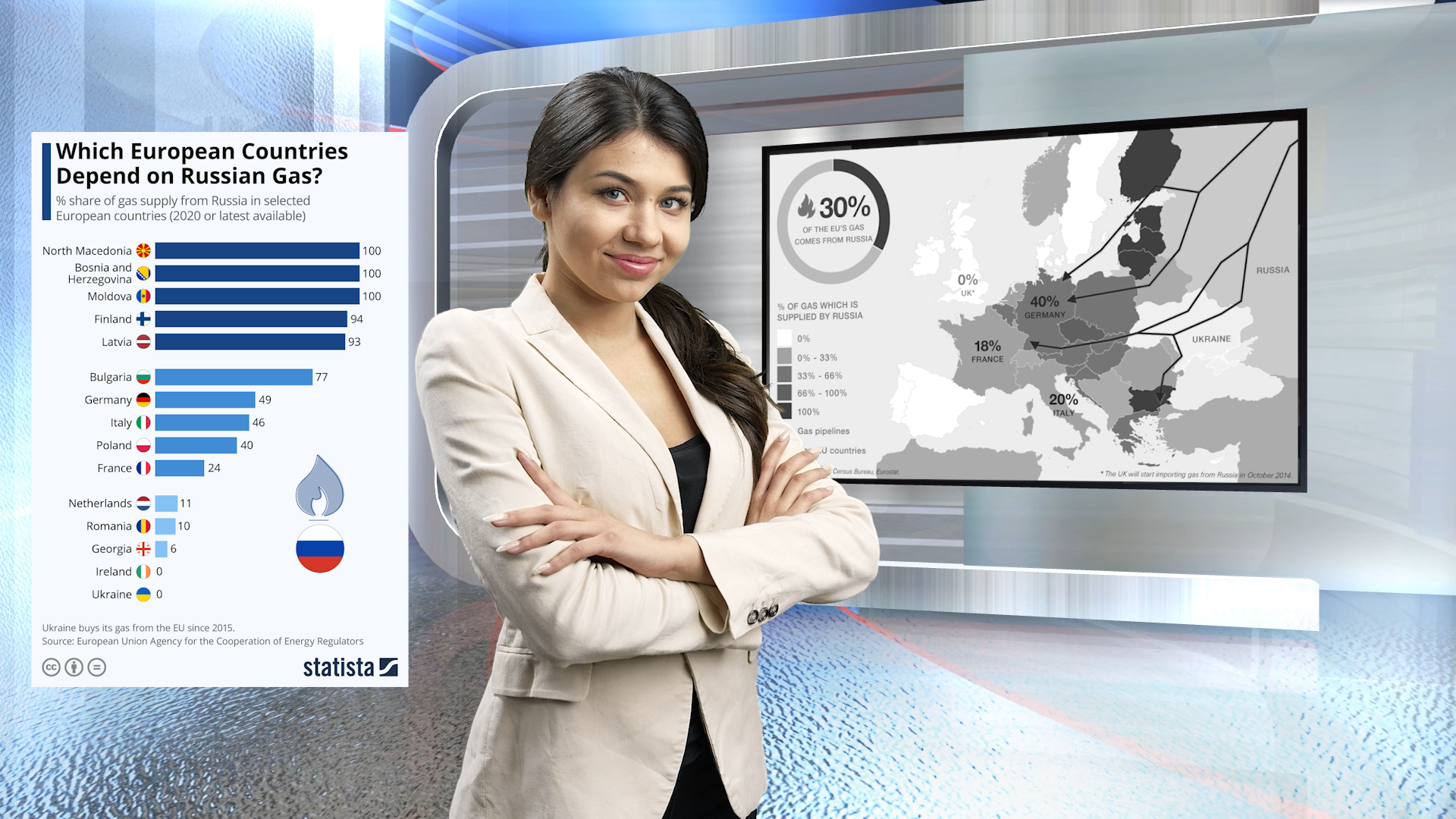 2015 video – Can Europe survive without Russian gas and oil? An energy clash between Europe and Vladimir Putin. This New Energy TV video was published in 2015.

New Energy for Europe is a video platform driving the energy transition across Europe and beyond. Not only climate change shows the need to drastically save energy and switch to renewables, also the present geopolitical situation in Europe. In the end green hydrogen production and use may offer the best solution to make Europe more energy independent.